The Tour of the Future

I’m trying to get this thing going where we all call Egan Bernal ‘Chips’. Egan ‘Chips’ Bernal. Chips Bernal. Egg and Chips. It’s really not catching on, so I’d appreciate your help in that. It seems like now is the time to bestow the recent Tour de France champion with a nickname, so early in his career. The rise from promising newcomer to Yellow Jersey wearer has been rapid, much like his ability to weave up the switchbacks of mountains.

Chips Bernal wrapped up the Tour de France with the pedigree of a seasoned old pro.

Chips Bernal is an intelligent multi-lingual young man who almost decided to be a journalist rather than a sportsman. He started a university course in media studies and was determined to see it through until he was persuaded to follow his cycling talent. Podium finishes in junior mountain bike championships promised much, but it was road cycling where he excelled. His first visit to Europe was a month’s training camp in Sicily, thanks to the talent spotting of Paolo Alberati. He hosted a young man who didn’t know how to swim and didn’t drink caffeine. In fact he had his first can of coke in celebration of singing his first pro contract with Androni. It gave him the shakes. 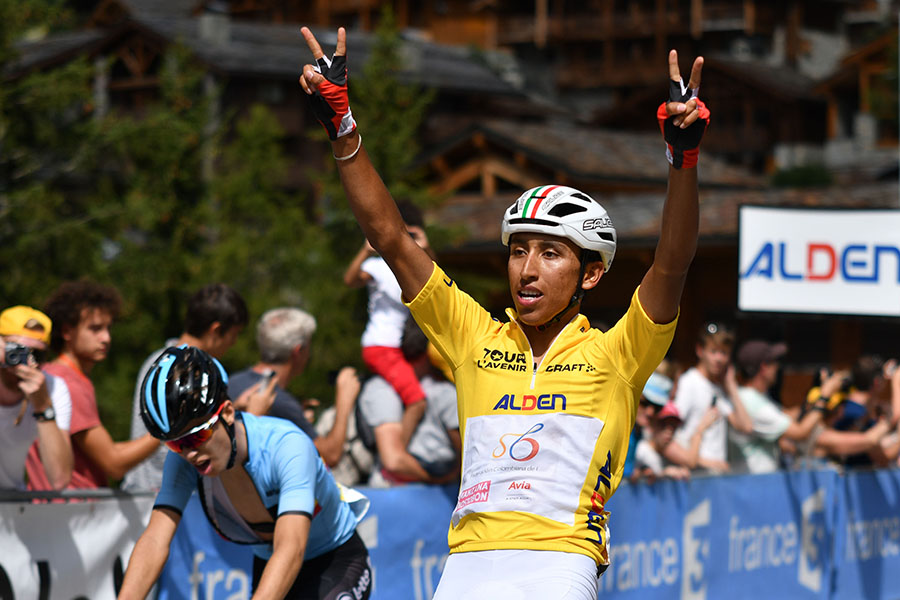 In 2017 Chips won the Tour de L’Avenir – the Tour of the Future. This mini Tour de France for junior riders has often unearthed the greatest talent in cycling. From Felice Gimondi to Greg LeMond, Miguel Indurain and Laurent Fignon – the roll-call of honour for the Tour de L’Avenir reads like a who’s who of Tour de France greats. That list alone have 12 wins among them. The race was created in 1961 by L’Équipe to attract teams from the Soviet Union that had no riders in Le Tour and was initially restricted to amateurs. In 1981 the race was opened to professionals under the age of 25, changing to U23 in 2007 when the competition also changed to a national, rather than trade team, race.

With other notable winners such as Marc Soler, Miguel Angel ‘Superman’ Lopez, Esteban Chaves and Warren Barguil appearing as mainstays of the World Tour we could be forgiven for assuming that the Tour de L’Avenir is a breeding ground for pros. But that hasn’t always been the case, promise sometimes fades away, talent is often squandered and - at the turn of this century especially - many riders injected their way into disgrace. 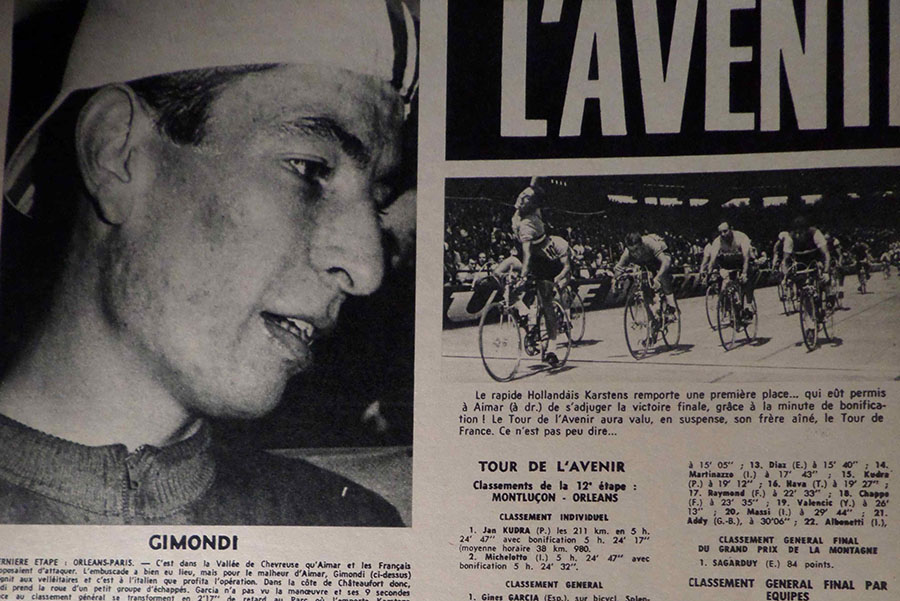 The 2006 Tour de L’Avenir saw a 19 year old Edvald Boasson Hagen take three stage wins and Robert Gesink bag second place on the podium. Those two and stage 4 winner Nico Roche went on to become fixtures in the World Tour but winner Moisés Dueñas’s name is probably unfamiliar. The most notable event on Dueñas’s palmares came two years later when riding for Barloworld, the one time home of Tour winners Chris Froome and Geraint Thomas. The Spaniard has a less sparkling association with the Tour, having been thrown off the race in 2008 for testing positive for EPO. Police had raided the hotel before stage 11, witness by Bouygues-Telecom team manager Jean-Rene Bernaudeau. "Around 50 police officers stormed into the hotel this morning.” And here ends the story.

Another Barloworld rider, Sylvani Calzati was once on the books of Team Sky, not that he had many positive words about his time there. “Cycling is still about riding your bike. But when the scientific part becomes too important, that makes your brain work more than anything else.” Following his win in the junior 2004 Tour de France, Sylvain’s career hardly took off. Five appearances at the Tour proper earned him two DNFs and a stage win. His career ended in 2011, seven years after his promising victory. Whilst he hardly swept up the victories we imagined he now works as an industrial cleaner.

The last winner of the previous century, Osa actually did have a pretty decent post-Avenir career. With a podium in the 2001 Giro and a respectable 9th at the 2003 Vuelta he should arguably count as one of the successes. Unfortunately his successes are difficult to rate since he was also named in Operation Puerto. The infamous case of the Dr Fuentes’ network of dopers has ensnared many riders from this period and unfortunately remains Osa’s abiding legacy.

Our last rider is thankfully not another tale of good turned bad through the evils of doping. Hervé Garel won the Tour de L’Avenir in 1992, 24 places and nearly four minutes ahead of a certain Texan called Lance Armstrong. An Englishman finished almost last that year, television’s Matt Stephens bagging 112th of 115th before embarking on a glittering YouTube career. In truth I struggled to find out much about Hervé, other than a DNF in the Giro his career very much petered out. Maybe he should have tapped up Lance for some tips.

This year’s race takes place from 15th to 25th of August between Marmande and the Alps. With a GB team featuring Tom Pidcock and Ethan Hayter hopes are high that we’ll see a British winner for the first time in the race’s history. If Chips Bernal is anything to go by, we may be seeing the young champion grace the World Tour before too long. So keep them peeled for a sizzling race.