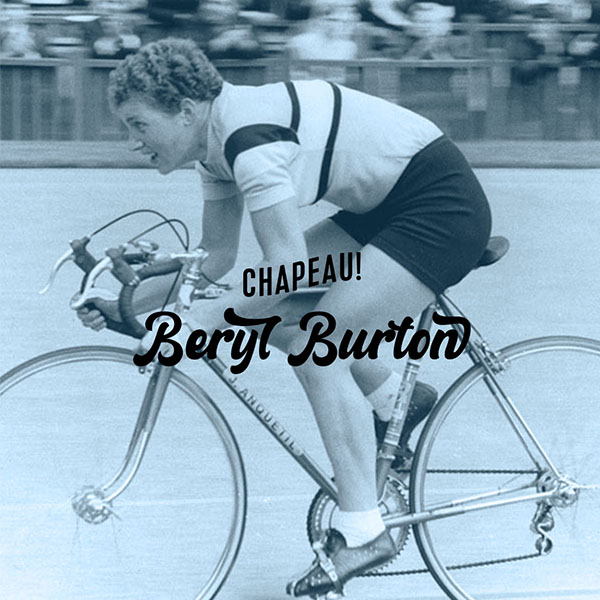 We’ve always done a Capsule Jersey for men at Chapeau! but now is the time for women, there was inspiration everywhere, past and present, but we decided to start with the special story of the legendary Beryl Burton. Her impressive career spanned over thirty years and included more than ninety British titles. She never received the recognition she deserved in her lifetime and so we are glad to use this chance to pay tribute to her now.

Beryl was born in Yorkshire in 1939, she had no professional training and yet achieved titles across time-trialling, road cycling and track pursuit. She met her husband Charlie, at just seventeen, as a cyclist himself he was a great supporter of Beryl throughout her career. Charlie bought Beryl her first bike, up until which point she had been borrowing her sister’s. Unlike women of her time, she undertook the difficult task of managing training and competing alongside working twelve-hour shifts on a Rhubarb farm and being a mother. It would seem that time spent on her bike was time she took to truly be herself and leave the rest of life’s pressures and society’s expectations behind.

Beryl’s team-mate Sheila Waddington describes her tenacious competitive drive, “And that’s how she got into racing. She was really competitive – not just in cycling, but in everything she did”. “She did many activities and had to do all of them to the best of her ability – even housework! When we went out riding she used to carry her knitting with her in her saddlebag. And when we stopped for a break she would be there knitting away!” 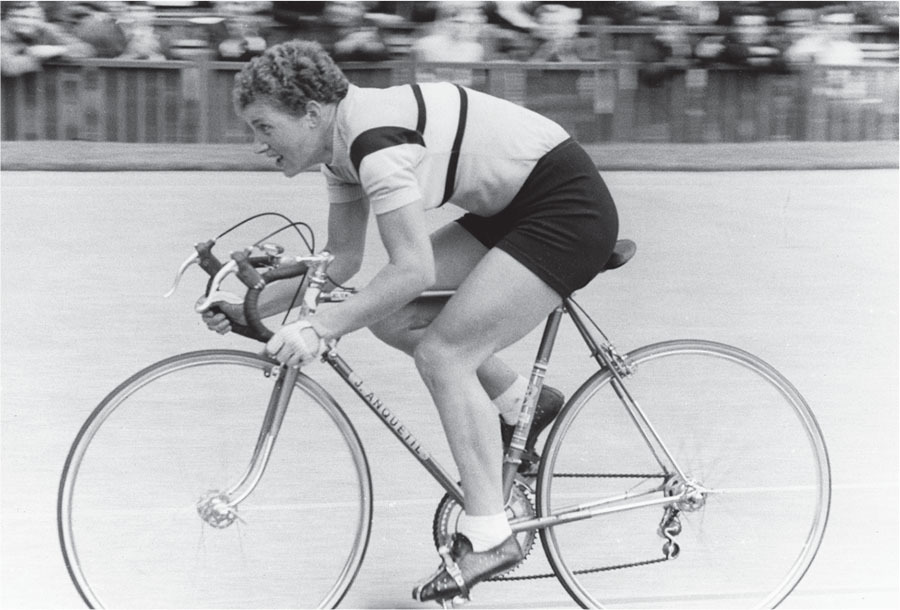 As a child, Beryl suffered from heart arrhythmia and was told to never exercise. At age eleven she had chorea and rheumatic fever and had to stay in hospital for nine months. Yet her career proves she never once doubted her capabilities, she believed she had inherited an unusually strong heart and powerful set of lungs which she intended to put to good use.

At her first club cycling race she placed ninth, but seemingly only motivated more, “smile when you lose, and laugh like hell when you win”

In the year that Beryl’s daughter, Denise, moved up to Senior School, 1967, Beryl both won the world championships and broke the twelve-hour record (which has yet to be beaten). ‘The Otley Twelve’ should have been a defining moment in Women’s sports history. Beryl Burton overtook Mike McNamara to gain Victory at the twelve-hour race in Otley, Yorkshire, she finished the event after two hundred and seventy-seven miles. Burton beat the men’s leading time triallist to take the Men’s Endurance record, actions speaking louder than words, and in keeping with her unassuming nature, at the end, she apparently offered Mike some liquorice allsorts from her back pocket, without saying a word. 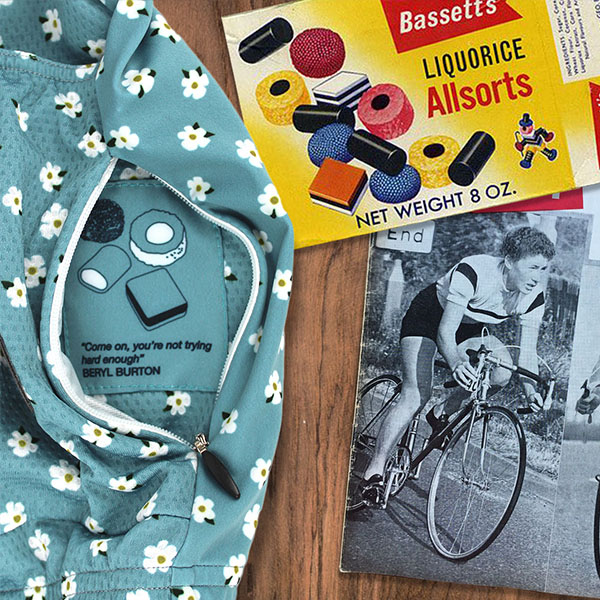 Ever competing against herself, and despite little outside assistance, Burton won the World Championships Road Race in 1960 and 1967, while on the track she won a huge haul including five gold, three silver and four bronze medals. If the world had allowed, she wouldn’t have stopped there. Beryl always wanted to race at the Olympics as early as 1960 but Female cyclists weren’t given the chance until 1984.

Beryl was a member of Morley CC, which is now home to a beautiful mural in her honour that was created shortly after her death in 1996.

So how does the Beryl Burton short-sleeved Jersey honour such a woman? The print is inspired by the Yorkshire five-petal rose and the base colour is called Morley blue, paying tribute to the town where Beryl grew up. Inside the collar is a little illustration of Beryl’s bike with the initials “BB”. Perhaps most importantly, inside the back pocket is some printed liquorice allsorts and the words “come on, you’re not trying hard enough”, one of the phrases she would say to the men when passing them.

The Jersey is slim fitting using lightweight fabrics, soft touch side panels with four-way stretch for improved comfort and fitting. Features an aerodynamic laser-cut raglan sleeve design, a close-fit collar with full-length front zip and a rear zipped pocket to keep your valuables (or your liquorice allsorts) safe.