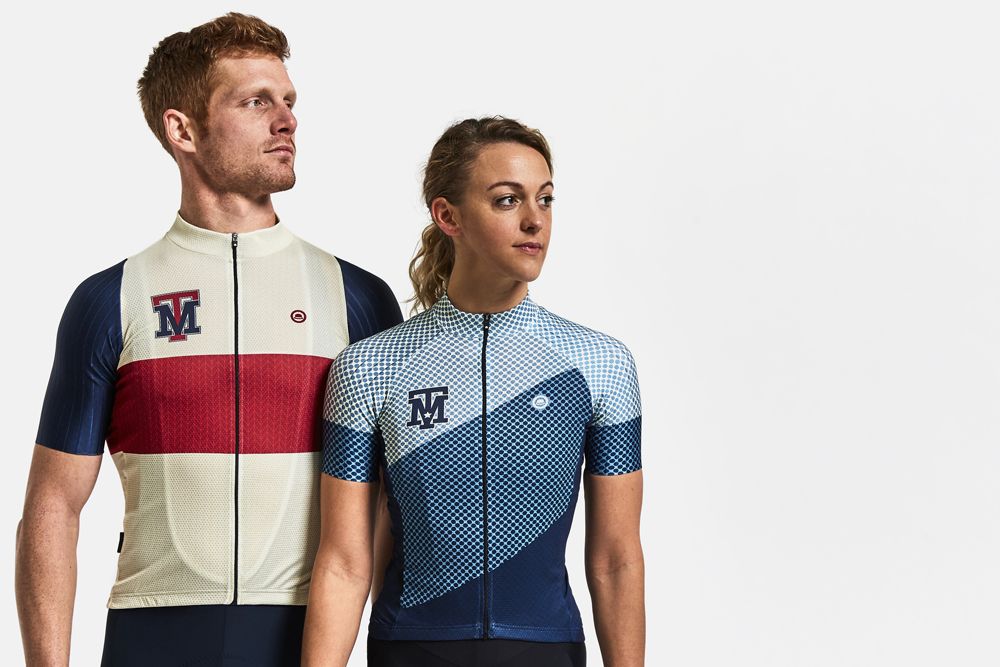 It’s boom time for cycling, the sport once the domain of the marginalised is now the darling of the mainstream. This current spike in popularity is emergence but rather a re-emergence. Over 100 years ago cycling was arguably one of the most popular spectator sports in the world. Velodromes from the US to Australia from England to Belgium were packed to the rafters of smoking, jeering, drinking fans. Many eager to see one man. A World Champion at just 20 years old and the greatest athlete of his time. 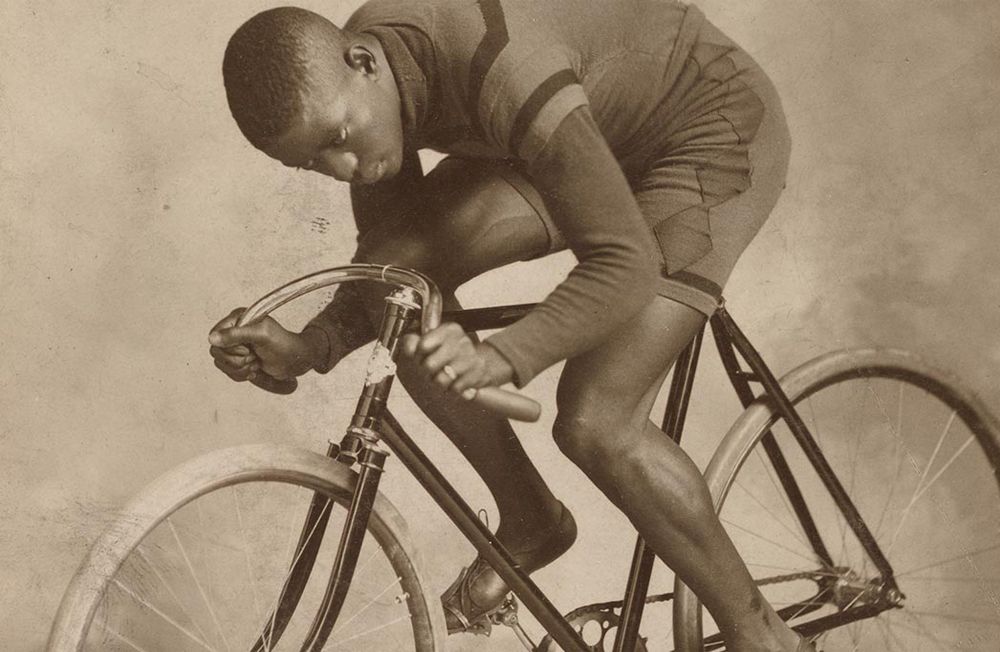 The Black Cyclone was the undisputed G.O.A.T despite huge racial prejudice and the dirty tricks of his competitors and promoters alike. Marshall ‘Major’ Taylor was the first African American World Champion in cycling and only the second in any sport. “Life is too short for a man to hold bitterness in his heart” he wrote in his autobiography, living his life on a higher plane both sportingly and spiritually. 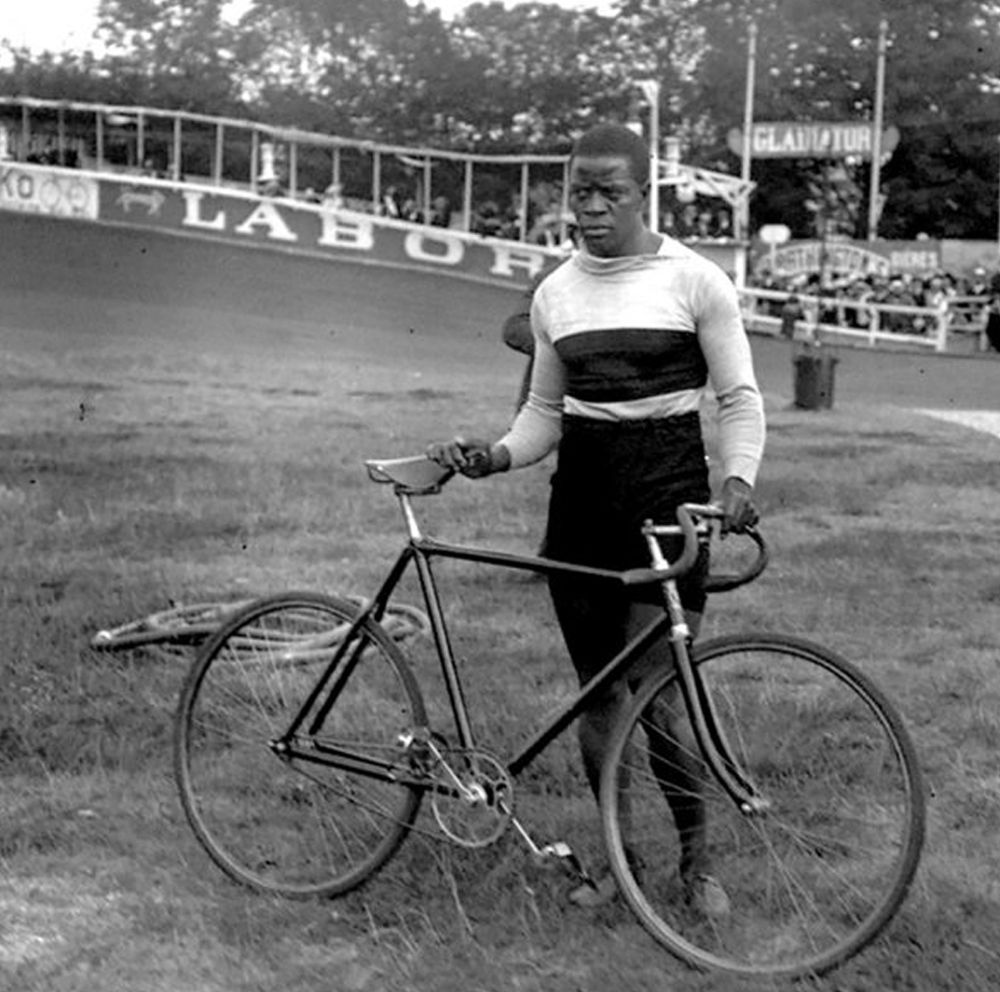 He earned his military nickname at the tender age of 13, doing tricks whilst dressed in army uniform to attract customers to the bike shop where he worked. He entered his first race at 13 years old and won by 6 seconds. Against men. He was barred from tracks, forbidden to join teams and treated discouraged from competition. But he wasn’t to be discouraged. In 1896 he entered the gruelling Six Day series at Madison Square Garden and catapulted himself to stardom.

The crowds adored his style, his speed and his lust for victory. He was an entertainer and impervious to the underhand tactics employed to stop him. Showers of ice, elbows and nails couldn’t hold him back. Having beaten all-comers in his native US he travelled to Europe and then Australia, where he again defeated the best there was.

Whilst he died a poor man, forgotten and consigned to history, his memory was thankfully honoured in 1948. A group of formers racers, backed by Frank Schwinn of Schwinn Bicycles, had him reburied in a fitting grave. A memorial has been erected in his name with a plaque that reads —

World’s champion bicycle racer who came up the hard way without hatred in his heart, an honest, courageous, and God-fearing, clean living gentlemanly athlete, A credit to his race who always gave out his best. Gone but not forgotten

When we talk about the greatest cyclists of all time we often overlook Major Taylor. We wanted to put that right with our special edition Major Taylor Edition Club Pro jersey. Available in cream, red and blue tricolour for men and shades of blue polka dots for women. Featuring a special MT logo proudly on the chest, a zip security pocket, full gripper and the essential three rear pockets. Pair with our Club bib-shorts to complete the look. 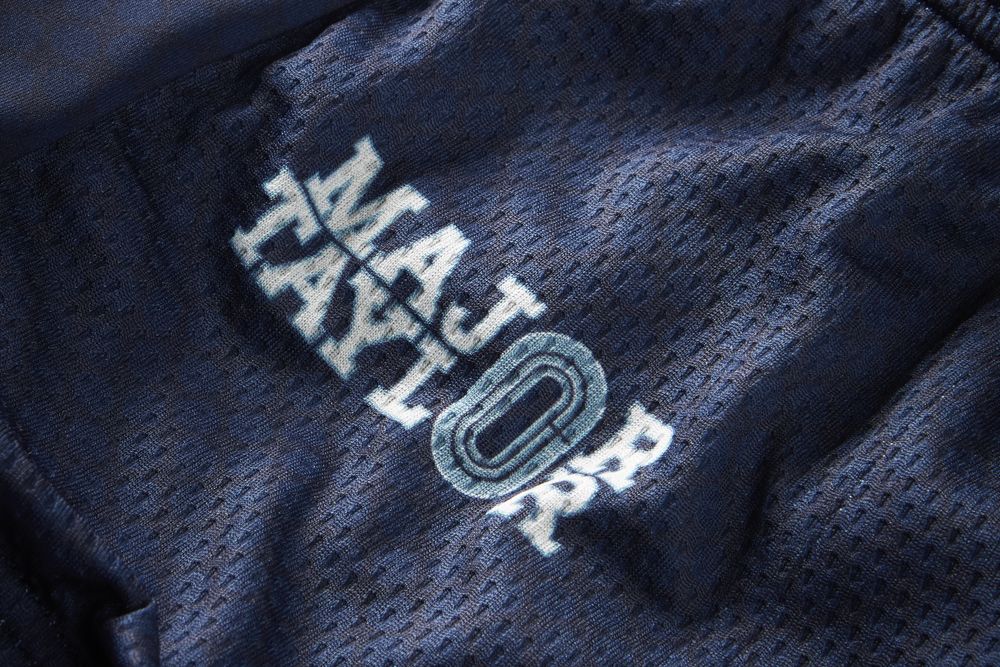