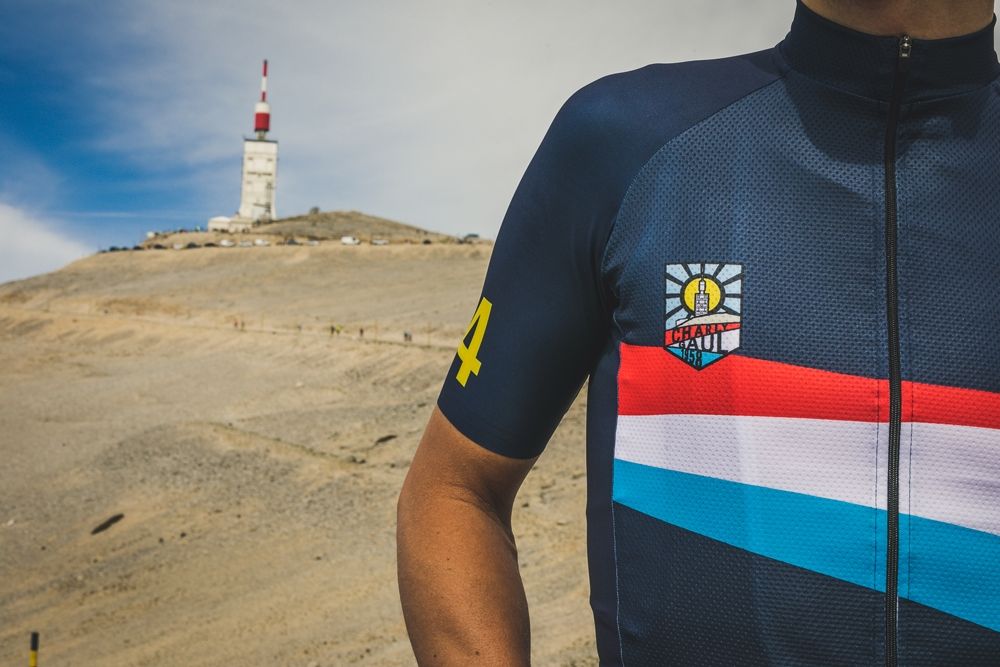 The 1958 edition of the Tour de France was exceptional in numerous ways; raced over 24 stages with no rest days and – for the first time – with live television broadcasts of the mountain climbs. The yellow jersey changed hands 11 times during the course of the race, the most ever. It was also a race that saw Charly Gaul set a record time climbing Mont Ventoux that would stand for more than 30 years. It was Gaul’s exploits in this race that inspired us to create the Charly Gaul Edition jersey — a triumph against the odds, fuelled by venom and delivered by panache.

A murderous climber, turning his legs at a speed that would break your heart

The story behind the jersey

As part of a combined Holland / Luxembourg team Charly Gaul expected little help from his weak team and announced he would not share any prizes he won. A strange character, adored by many fans and respected by journalists, Gaul was widely disliked in the peloton. Unsurprisingly his pre-race attitude meant he was effectively racing alone, a particularly difficult task against a formidable France squad containing Anquetil and Bobet. With Geminiani racing for France-Centre-Midi and Bahamontes for Spain there were enough competitors for Gaul to overcome without alienating his own team. You have to admire Charly’s gall. 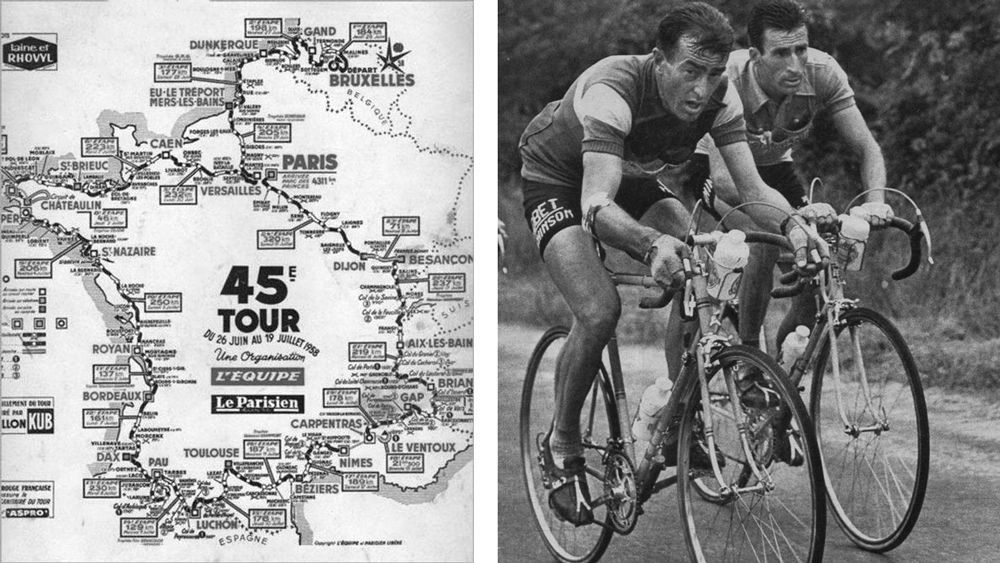 The lack of a strong team meant it was all or nothing for Gaul, in the years leading up to 1958 his Tour participation had been mixed with early abandonments in 53, 54 and 57. His climbing prowess was something to be feared by his opponents but he was too easily isolated. Raphael Geminiani described the former abattoir worker as a “murderous climber… turning his legs at a speed that would break your heart”. A reputation for going well in terrible conditions cemented his place as a rival to be mindful of — his 1956 win in the Giro came largely thanks to one epic day in the Dolomites. Jumping from 11th to 1st in a single stage thanks to an eight mile climb in inhuman conditions when many of the field simply retired.

This unpopularity with fellow riders through attitude and ability came to bite him in the Giro d’Italia of 1957 when his main rivals attacked him whilst he pee’d in a hedge. Unlike Dumoulin in 2017 Gaul never recovered the deficit, finishing 4th overall – well and truly p***ed off. Using this as motivation the former slaughterman vowed to make sausage meat of Geminiani and Bobet in the following year’s Tour de France, a happily mountainous and bad weathered affair. 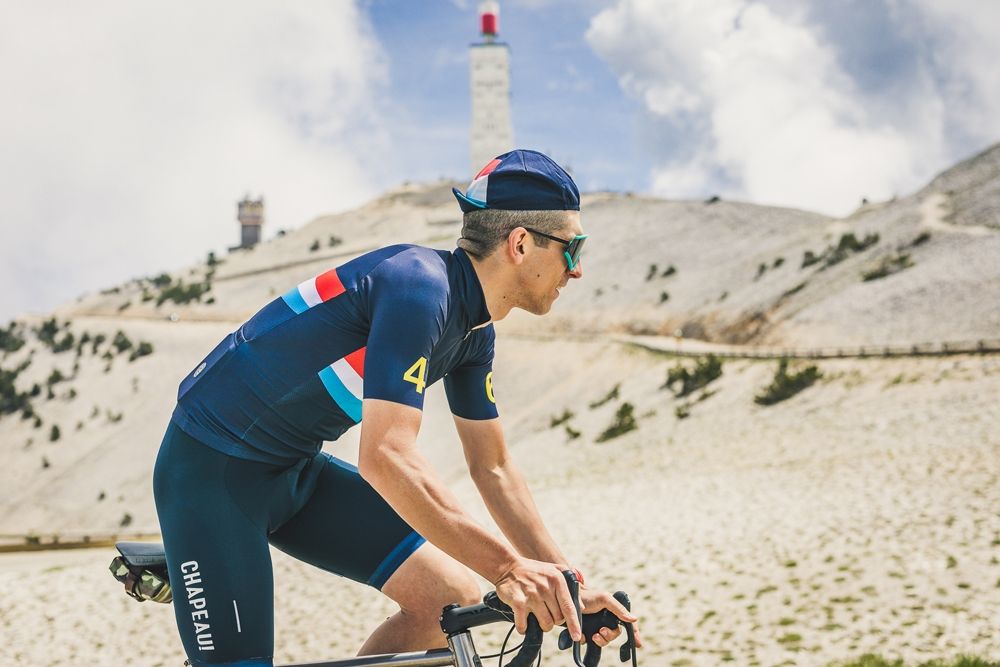 The race route would have given the Luxembourger huge optimism, with three time trials – one mountainous – and seven mountain stages in which to put his opponents to the sword. In typical Gaul fashion the first seven flat stages saw him lose considerable time with the first TT gaining him only 7 seconds back. By the first mountain stage Charly hadn’t troubled the GC top 10 with Geminiani, Favro, Bahamontes and Darrigade dominating the race. His bold words and combative demeanour had not been backed up by his results and it looked as if the race was slipping away from him once again. By stage 18 Charly really needed a change of of fortune and a mountain Time Trial from Bédoin to Mont-Ventoux was the perfect stage for him. 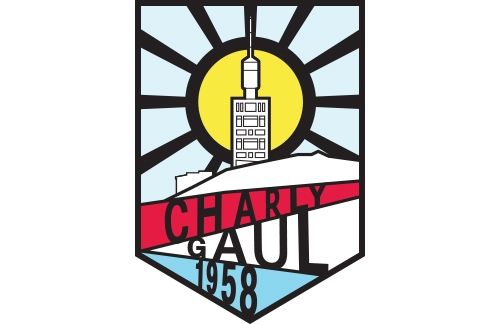 Mont Ventoux to the rescue

The famous moonscape climb has always been a monster and more so back in 1958, ascending from the Bédoin side over cobbles and poor road surfaces for over an hour. The legendary meteorological observatory that greets finishers of the stage features prominently on our jersey, as does an abstraction of the Luxembourg tricolour flag. The angles of the stripes represent the hairpins at the end of the climb, the moment when you are close to the finish but often exposed to vicious headwinds. Charly Gaul’s victory in the stage 18 time trial on Mont Ventoux may not have been the winning move for the overall, but it was the moment when he announced his late arrival to the challenge. And despite losing a huge ten minutes to a mechanical in the following stage, he was in high spirits for the final day in the Alps. 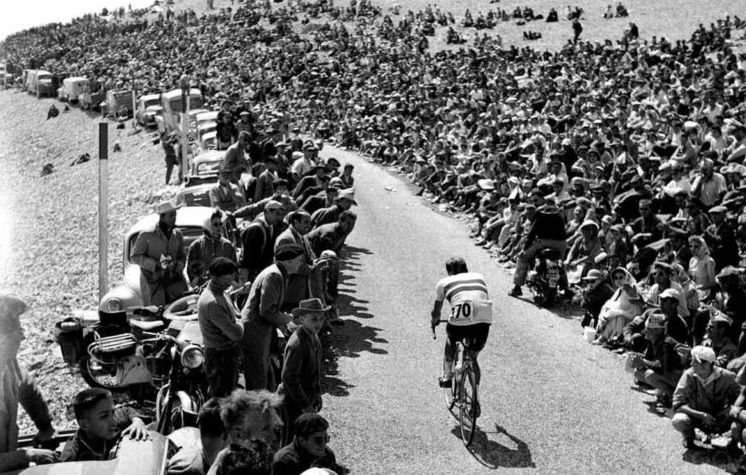 A deluge without an Ark

As the cold rain fell in Briançon ahead of the 219km route over five alpine giants including Luitel, Cucheron and Granier Gaul was in fighting mood. Having barely spoken to Bobet since the ‘pee attack’ incident the year before, the seeking out of his rival was a confident move. “You’re ready, Monsieur Bobet?” Gaul asked before telling his rival not only that he would attack, but precisely where. With such a huge lead Bobet must have thought him mad, but with so much climbing and in such terrible weather he would have feared the Luxembourger’s certainty.

True to his word, Gaul attacked on the climb to the col de Luitel, dropping his breakaway partner Bahamontes to race through a biblical deluge to the finish. L’Equipe described the scene as “a curtain of water, a deluge without an Ark”, a suitable setting for an Angel to emerge from as the gallant victor. Back in third place but this time only 67 seconds off the race lead, which Gaul took easily on the final time trial. He finished the Tour with a 3 minute 10 second lead and four stage victories, that number proudly sitting on our jersey sleeve.

From hero to hermit

Charly Gaul followed this incredible triumph with victory in the 1959 Giro d’Italia but they remained his only grand tour wins. You can’t help but feel he suffered from the national team structure of races, being such a wonderful racer from such a small country limited his chances of multiple tour wins. Retiring to a hermitic life in the Ardennes forest his whereabouts were a mystery for nearly 25 years until he returned as a guest to the Tour de France. 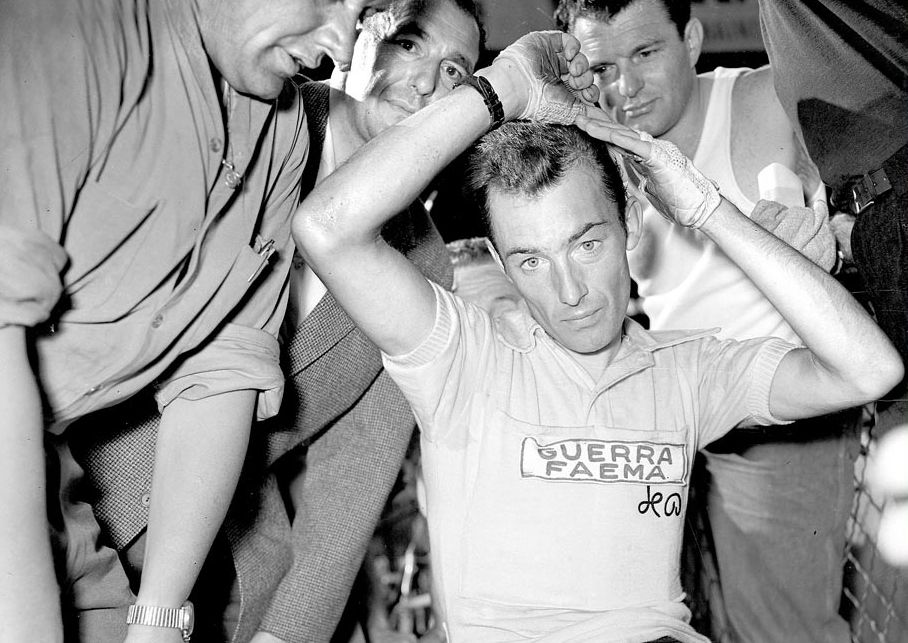 With our Charly Gaul Edition jersey hope to celebrate this great son of Luxembourg who lit up races and battled landscape, weather and his competitors alone. A truly great cyclist who could tame any climb in any condition, regardless of the obstacles. Charly, we salute you. Prost!